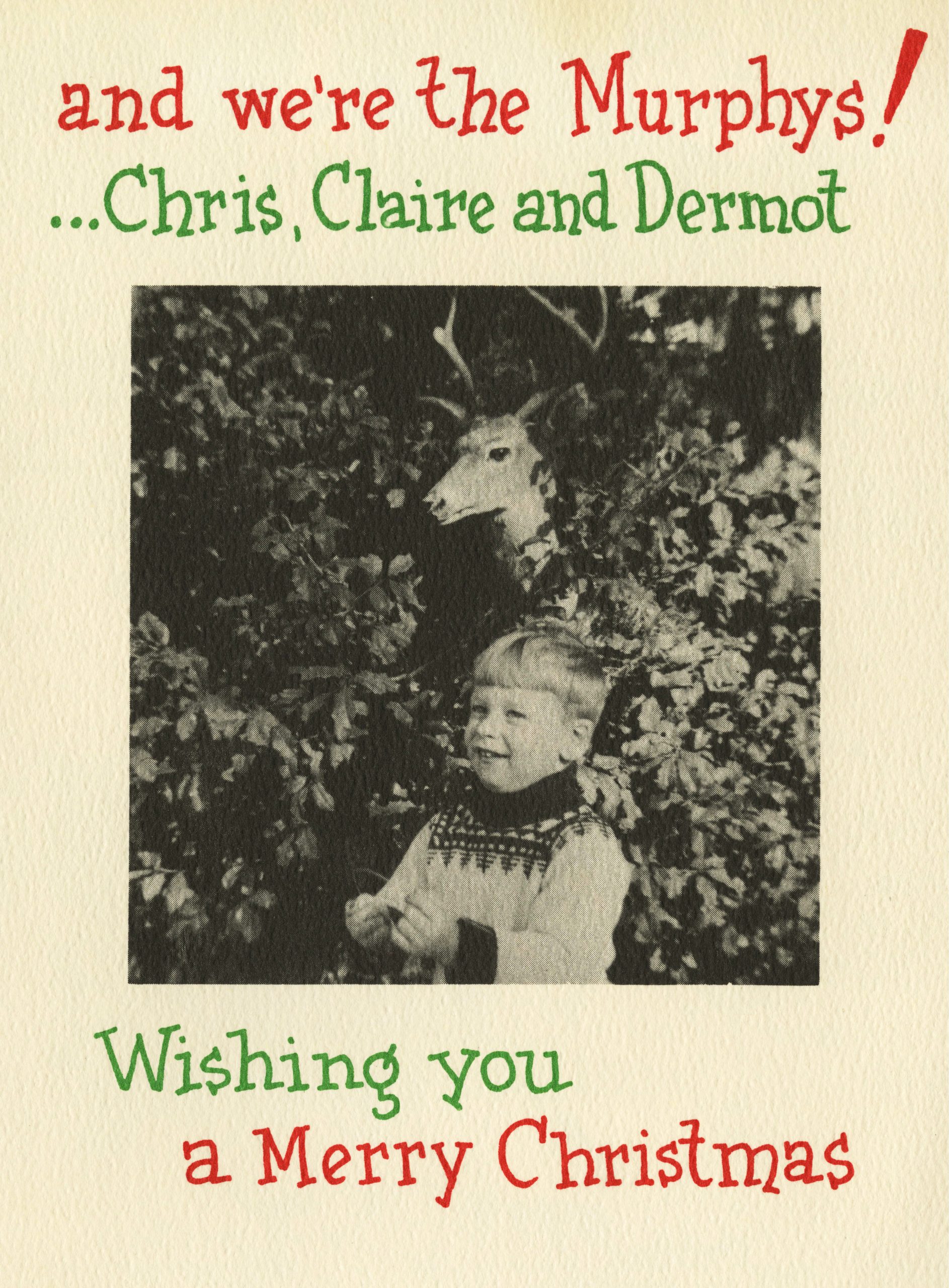 We’ll be taking a few weeks off here at the blog, but we wanted to pop in for one last quick post before the New Year.

It’s hard to pick a favorite out of all of the amazing objects we have in the Collection, but near the top of my list is the wardrobe of a young boy named Dermot Chickering Murphy. We have around seventy(!) pieces that trace his childhood from the time he was a baby to about age six. What makes the collection extra special is that we also have photographs of this little towhead boy wearing many of the garments we hold.

This wool sweater worn by Dermot in 1959 is certainly worthy of being front and center on the family’s Christmas card. Even a photo-bombing deer had to come get a closer look! The sweater appears in another photograph included in that year’s Christmas card where his mom and dad make an appearance. In this shot, the sweater is paired with a matching stocking cap and a pair of lederhosen. This was clearly a much-loved set.

As noted on the label, Dermot’s sweater was purchased at Stix, Baer, and Fuller in St. Louis, where the Murphys lived. This high-end department store was founded in 1892 and Dermot’s sweater and hat would have been purchased on the fourth floor of the nine story building in the Young St. Louisan Shop.

Dermot was a well-dressed little boy. A number of the pieces we hold have labels indicating they were purchased at the likes of Lord & Taylor and Saks Fifth Avenue. He even had multiple pieces by the famed fashion designer Charles James. But, more on this later.

We’ll echo the Murphys to wish you and yours
a very Happy and Healthy Holiday Season
and a Merry Christmas!