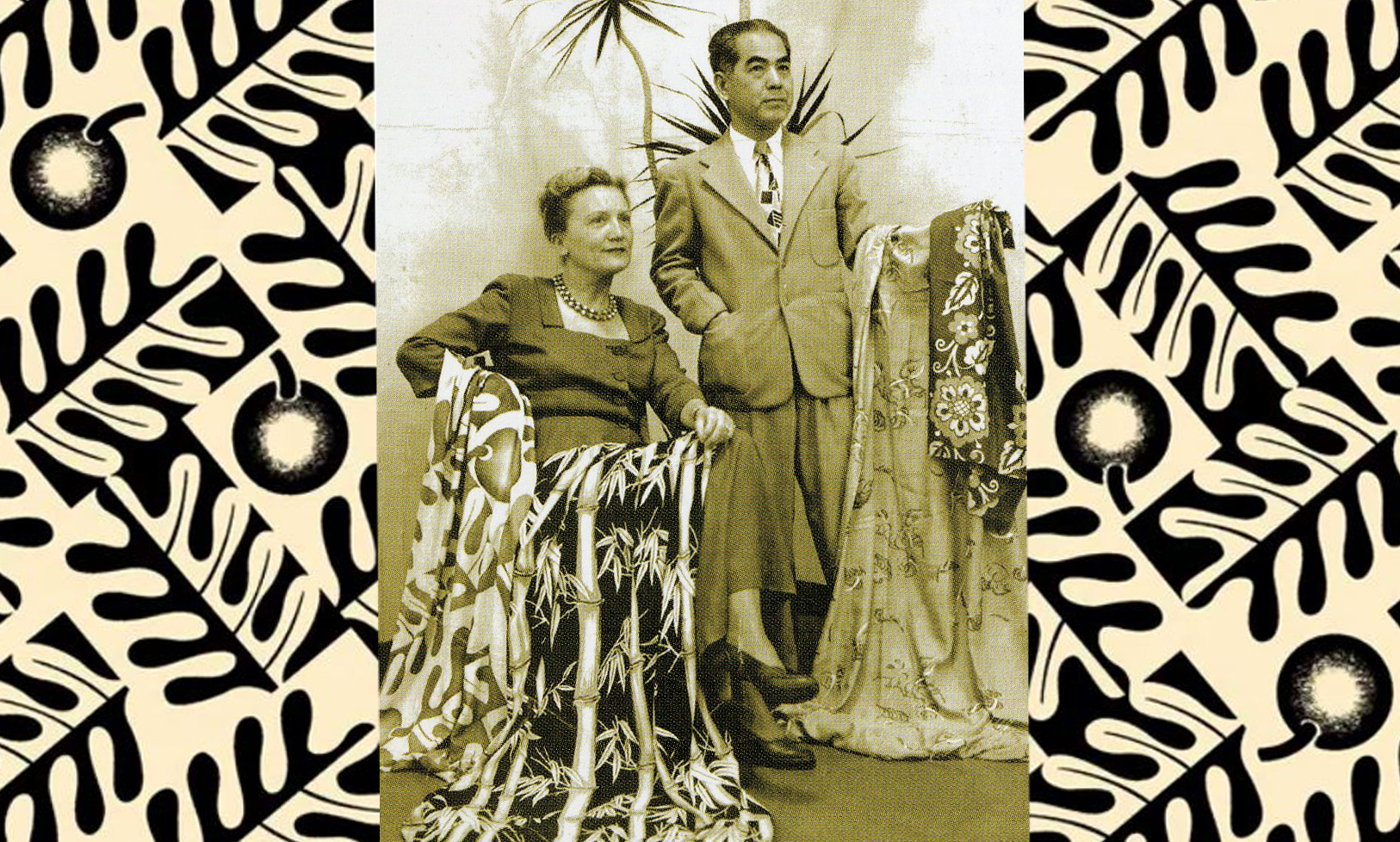 Part of what makes cataloging our pieces so interesting is learning about designers who may not have big name recognition, but nevertheless made significant and often underrated contributions to textile and fashion design. One such designer who was a new discovery for me is Elsie Das. When photographing the dress below, I recognized the use of shisha embroidery (tiny mirrors couched by embroidered stitches) which is usually associated with Indian textiles, so when I saw that its label reads “Elsie Das – Honolulu,” I wanted to know more. Hawaii and shisha embroidery didn’t exactly add up in my mind. My curiosity was also peaked because my husband and daughter have Hawaiian heritage. As it turns out, the story of Elsie Das is far more fascinating than I could have imagined.

The Jensen Sisters in Honolulu

Elsie Jensen Das was born 1903 in Portland, Oregon to Danish parents. After studying art in California, she traveled to Hawaii in 1928 to visit her sister Ellen Jensen Watamull, who had moved to Hawaii in 1920 and was a music teacher in Honolulu. In 1922, Elsie’s sister Ellen married Gobindram Watamull, a retailer from Hyderabad, India, who had established Watamull’s East India Store in Honolulu. Their marriage defied the immigration laws of the time. Because of the Cable Act of 1922, Ellen was stripped of her American citizenship because she married an Asian man who was inelligible for U.S. citizenship. It wasn’t until 1931 that she regained her citizenship, due to pressure from groups like the League of Women Voters, of which Ellen was an active member. This reform came just in time for Elsie to follow in her sister’s footsteps by also settling in Hawaii and marrying an Indian man, Upendra Kumar Das, in 1931. Mr. Das was head of research at the Hawaiian Sugar Planter’s Association. Their marriage was tragically cut short when Upendra died in a workplace accident in 1937, leaving behind Elsie and their young daughter Patricia.

Elsie remained in Hawaii and immersed herself in her creative interests, including painting, textile design, printmaking, and sculpture. She also taught adult classes in ceramics at the Honolulu Academy of Arts. In 1936, she was commissioned by her brother-in-law to design Hawaiian print fabrics for apparel and home furnishings for Watamull’s East India Store, which sold goods sourced from China, India, Japan, South Asia, and countries along the Pacific Rim. This era saw the emergence of Aloha-wear, which would explode in popularity over the next few decades, fueled by tourism and celebrities (Shirley Temple, Bing Crosby, Lana Turner, and Elvis to name a few), as well as Hawaii’s role in World War II. The first Aloha shirts were made from textiles imported from Asia, such as Japanese kimono fabrics. Elsie sought to create truly local designs, so she replaced Asian motifs with Hawaii-specific references and native plants. Dale Hope, author of The Aloha Shirt: Spirit of the Islands, describes her approach:

“How this whole thing started was people, the locals, were excited and willing to express their ethnicity through wearing prints that were Asian, prints that they related to,” says Hope. “But the Watumulls actually had Elsie Das create Hawaiian motifs and designs. Instead of Mount Fuji she’d have Diamond Head, instead of koi [she’d] have tropical fish, instead of cherry blossoms [she’d] have gardenias and hibiscus and all the things we know here.” (Wallace)

Elsie created 15 original Hawaiian print designs for Watamull’s East India Store. In addition to being featured on all manner of apparel and decor (handkerchiefs, blouses, house coats, pajamas, and, of course, Aloha shirts), her designs were also sold as yardage on raw silk or cotton. The advertisement below from the Honolulu Star Bulletin features five of her designs–four of local plants (“Breadfruit,” “Cereus,” “Ginger,” “Ape-Ape,” a.k.a. giant taro) and the print “Hula Girl.”

Origins of the Aloha shirt:
Elsie was one of the earliest creative forces in a field of designers, tailors, textile manufacturers, and retailers who created the massively popular Aloha-wear industry, which was born in Hawaii of a convergence of many cultures. The loose style of the Aloha shirt can be linked to the palaka, a traditional workshirt introduced to Hawaii in the 1800s by English and American sailors. The palaka evolved into a rugged checked-plaid shirt that became the standard workshirt of sugarcane and pineapple plantation workers as well as the Hawaiian “paniolo” cowboys. Also an influence to the untucked, boxy style of the Aloha shirt is the traditional Filipino shirt barong Tagalong, worn by contracted plantations workers from the Phillipines. Some of the earliest printed fabrics used for Aloha shirts were inspired by pareu cloth imported from Tahiti, which was typically hand-printed with floral motifs in simple graphic designs done primarily in navy and white or red and white. Prints were also inspired by designs on tapa cloth, a barkcloth native to the islands of the Pacific (see an example from our collection below).

Below are two rare Elsie Das designs. The influence of Tahitian pareu is evident on the red floral stripe print on the lower left. That print is used in a alternate colorway on the shirt on the right, which is an authentic Elsie Das Aloha shirt (photo courtesy of Brian Light, vintage menswear collector).

In a profile of Elsie in Paradise of the Pacific in 1963, Elsie explained that a Japanese manufacturer once printed a set of her floral designs on heavy satin by mistake. “These started a vogue in Hollywood. Ginger Rogers, Janet Gaynor and other stars bought bolts of the stuff and had it made into ‘seductive gowns.’ The result was an epidemic of Hawaiian designs, with hibiscus and ginger breaking out on table cloths, napkins and scarves all over the country.” (Davenport)

During World War II, shirt makers at Watamull’s contributed to the war effort by sewing camouflage. For her part, Elsie worked as a camouflage designer for the U.S. Army Corps of Engineers based in Hawaii. She was the first woman to draft camo designs for the Army. Dale Hope writes: “It is said that every strategic spot between Honolulu and Wake Island was camouflaged with Elsie Das designs.”

After the war, Elsie became interested in designing her own fashions. She spent a summer in New York City immersing herself in the study of pattern making. She also traveled extensively through Europe as well as to India, where she visited her late husband’s family. Throughout her travels, she gathered inspiration as well as fabrics (Indian silks and cottons, Thai silks, Danish and Swedish cottons). She established her own store in 1952 in Waikiki, Honolulu, in the heart of the tourist area, although her clientele would prove to be about half tourists and half locals.

Fashion shows of her styles were a popular lunchtime event at the Outrigger Canoe Club and the iconic Royal Hawaiian Hotel. She was adamant about the use of only natural silks, linen, or cotton which she sourced herself. She never used customer’s fabrics or synthetics. Her designs ranged from casual muumuus to formalwear. She was interested in simple lines and comfortable, semi-fitted styles suitable for Hawaiian weather.

The Elsie Das dress in our collection is a shift style that dates to 1960. The influence of Asian dress can be seen in its simple lines, band collar, and the use of shisha embroidery, which is done with reflective plastic discs held in place by embroidered threads. The primary motif used is the mandala, a motif associated with Eastern cultures and religions. The dress is made of a muted pink linen, perfect for looking cool and fashionable in warm weather.

Elsie’s career in fashion design lasted but a decade. She passed away in 1962, with her sister Ellen and her daughter Patricia by her side. To celebrate her, twenty-six of her artist friends sponsored an exhibit of her oil paintings at Gima’s Gallery in Honolulu. Hawaii had lost a fine painter, fashion designer, and textile designer, but more significantly, a beloved community member. The Jensen sisters and the Watamulls are still considered important members of the Hawaiian ‘Ohana, an expression that conveys family not necessarily by the bonds of blood, but by the interconnectedness of people living together in fellowship in the spirit of Aloha. Elsie Das will be most remembered for creating the first Aloha-wear prints that captured local life in Hawaii. In the context of the multicultural tapestry that is Hawaii, it’s really not an unusual story.

Special thanks to Leigh Wishner (@patternplayusa) and Brian Light.

Kumar, Anu. “The story of the Indian family that built an empire in Hawaii and helped popularise aloha wear.” Scroll.in, February 18, 2021. 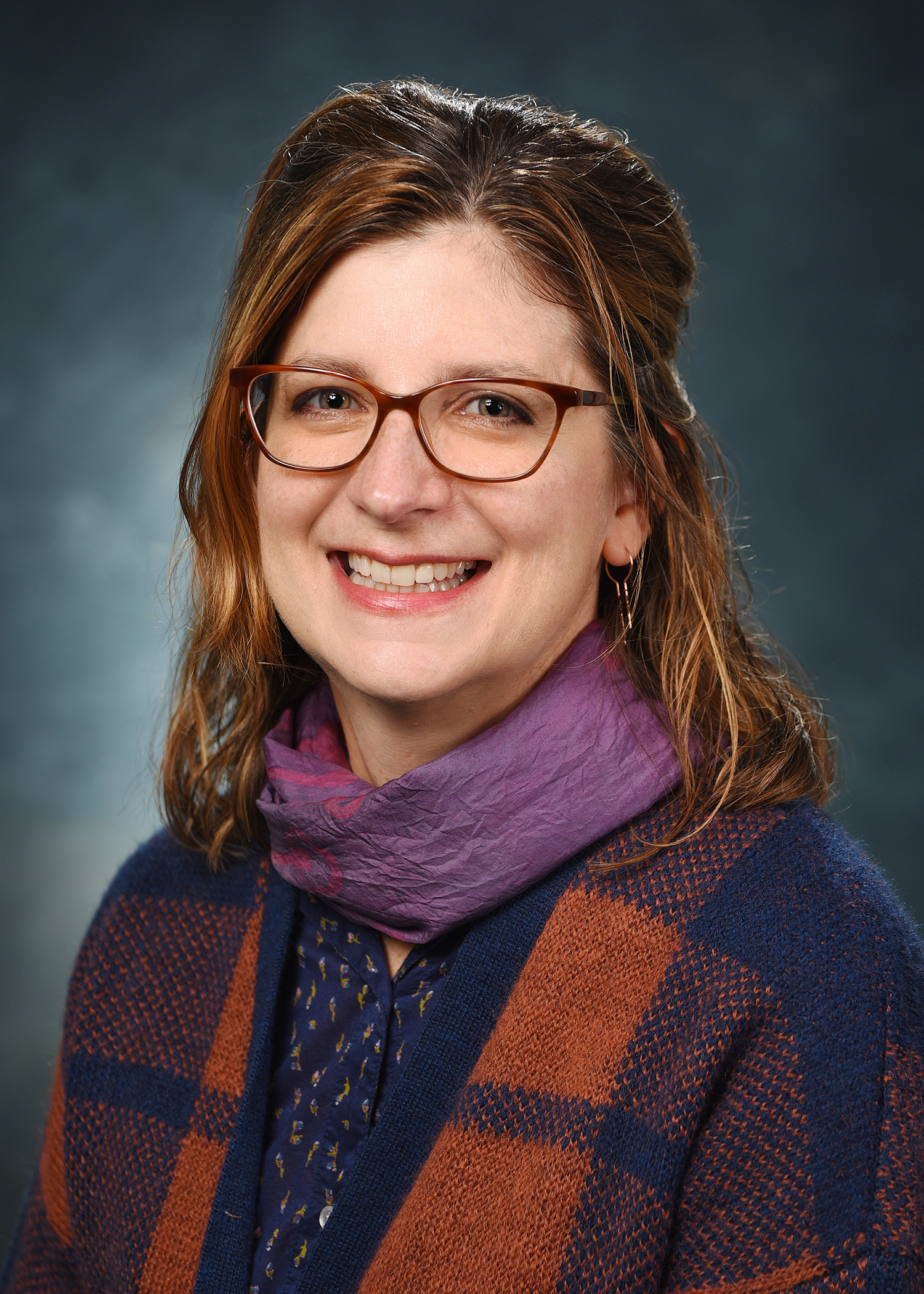