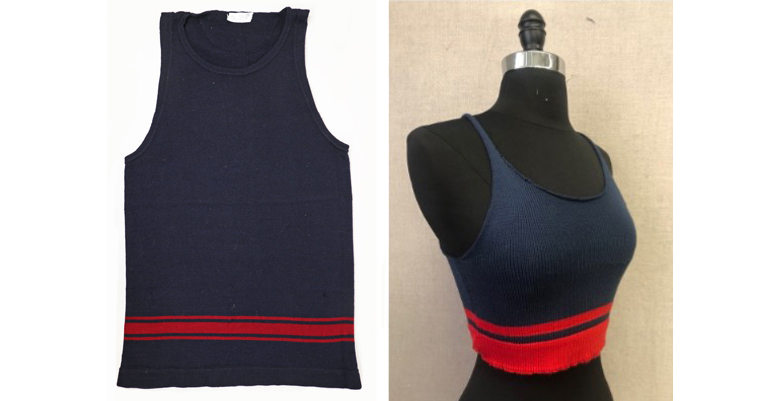 On the left: the original swim tank from the Textile & Costume Collection T&CC 1996.124.8b.
On the right: a modern take designed and knitted by Emily Radomski.

As a follow-up to last week’s post, textile design student Emily Radomski continues her analysis of a swimwear ensemble from the early 20th century. She delves into a deeper analysis of the textile and structure, and creates a modern tank inspired by the ensemble.

Both the swim tank and swim trunks are constructed from fingering weight yarns in a jersey knit structure. The fiber content of the swimwear is documented by the donor as being 100% wool, which can be further validated through examination of physical touch, and notable research of the common use of wool for this application in the early 1900s. By physically interacting with the fabric of this navy and red swimwear set, it is apparent that the fiber content is in fact wool because, as described on the informative fact sheet provided by “American Wool,” wool’s structure is coiled on a fiber level, which allows the fabric to have an elasticity and spring back to original shape when dry (American Wool). The 1910-1930s swimwear garments have a “rough” or “itchy” hand, correlating back to the fact that wool, as just stated, has fiber that is coiled.

Construction of the original ensemble

Based on documentation of similar swimwear from the same decade, it is more than likely that the jersey knit textiles used to create both pieces of the swimwear were knit on a circular knitting machine that was commonly used to create knitted cuffs for sweaters (Johns 93). Evidence of this is shown in figures 1 and 2 below,  where a smooth color change is made in the striping pattern on the sides of the garments with no seams other than the yarns in the interior being securely fastened off to avoid unraveling, indicating that the front and back of the garments were created simultaneously — not a separate front and back stitched together at the sides. The stripes are created by a seamless color change done by switching yarn feeds on the circular knitting machine from navy blue to red, and back when the stripe is completed. Specifically, the striping sequence in these garments consists of four courses (rows) of red, four courses of navy blue, fourteen courses of red, four courses of navy blue, and four courses of red again to complete the grouping of three red stripes on the dominantly navy blue garment. The striping details can be seen enlarged in figure 3.

The images below document Emily’s process of creating a knit tank inspired by the swimwear ensemble. The yarn she used throughout the tank is a 92% microfiber 8% elastic blend called Alize Diva Stretch, which is manufactured specifically for swimwear. The machine she used is called the Passap Duomatic 80 and is a double bed knitting machine.

Various views of the modern knit tank created by Emily, inspired by the vintage swim ensemble in our collection 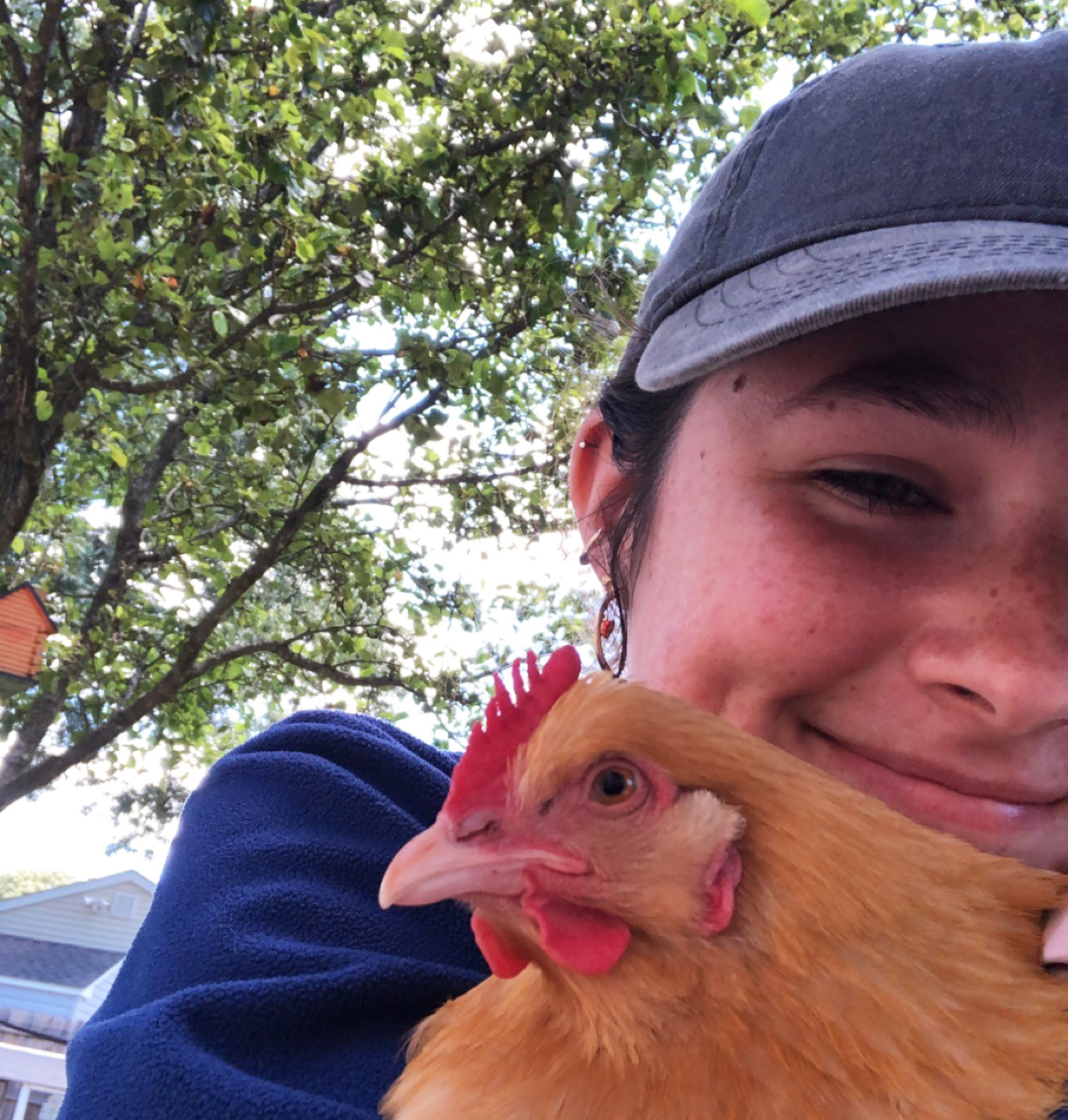