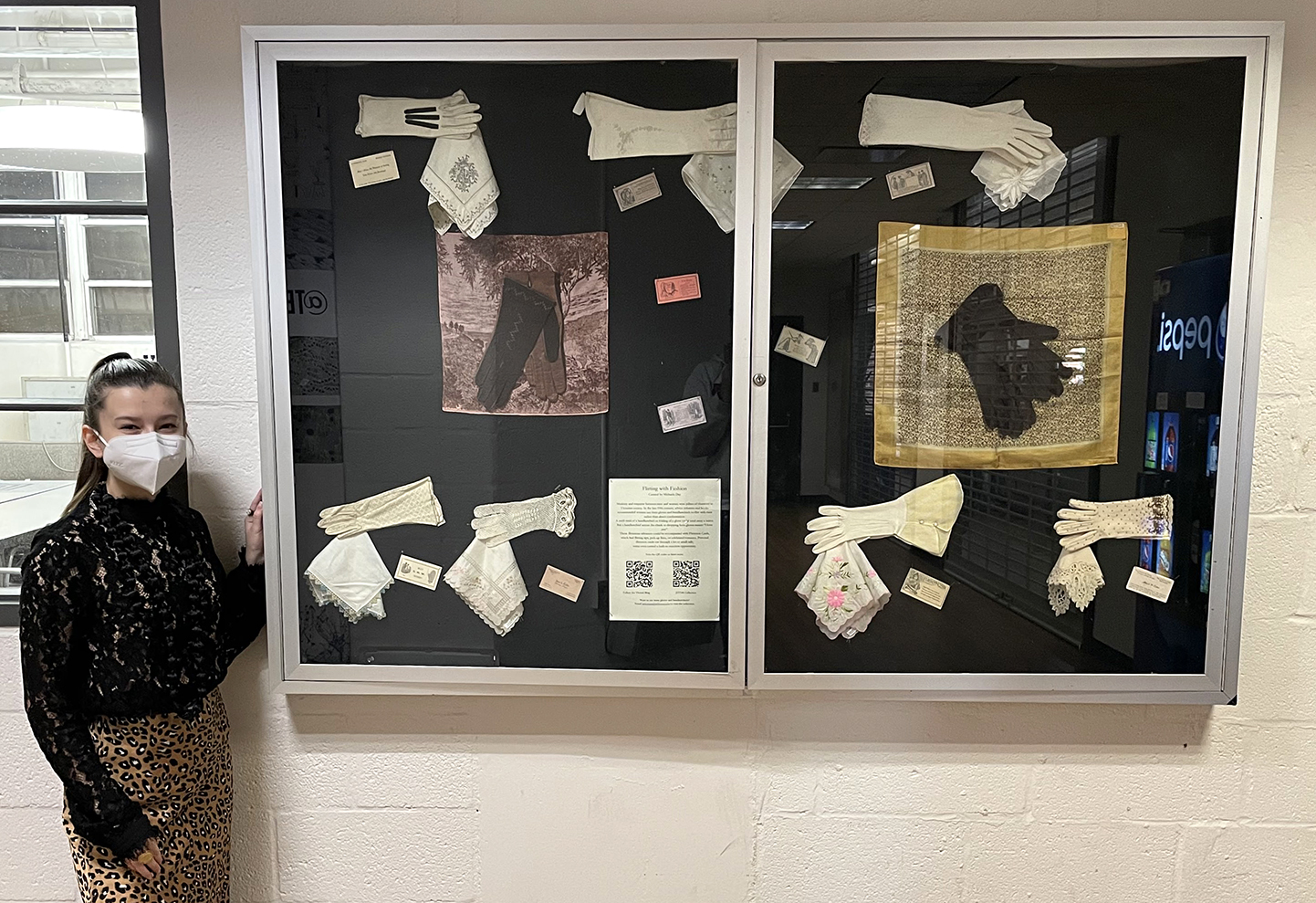 Flirting with Fashion, curated by Michaela Day (pictured above), is now on view in Hayward Hall in the lower level display case in the Textile Design department.

The process of creating this display all started with thinking about the relationship between gloves and handkerchiefs. Gloves and handkerchiefs are often overlooked as accessories today, however, they were once used on a daily basis to communicate. In the 19th century, modesty and etiquette was a priority, especially in romantic pursuits. In Henry J. Wheman’s 1890 how-to guide The Mystery of Love, Courtship and Marriage Explained, he describes proper ways of flirting to avoid appearing immodest. One point his guide mentions is if there is a language for fans and flowers, then why not handkerchiefs and everyday objects?

His writing inspired advice columns and continued to build on the languages. Victorian men and women had to stay well versed in the latest signals to avoid accidentally communicating the wrong message. Read below the language of handkerchiefs and gloves so that you may flirt wisely, too.

Along with these gestures, one may receive a flirtation card. The flirtation card would have tips, pick-up lines, or requests. In my research, I discovered an ephemera collector, Alan Mays, in an NPR article discussing his collection of flirtation cards. Alan Mays’s collection of these vintage icebreakers shows the range of humor and celebration of romance of this period. They were meant to be a common means of introduction and never taken too seriously. Some of the quotes from the collection include:

Dear Miss: You are sensible and good
And have all the charms of womanhood;
Your eyes resemble the stars above you;
I shall be miserable if I can’t love you.

May I be permitted the blissful pleasure of escorting you home this evening?

May I see you home?
Or will I have to sit on the fence and watch you meander by?

Some of the quotes are rather blunt such as: “Let’s get acquainted for fun and results.”

During the layout process, I was met with a challenge. I had two lovely pairs of chocolate brown gloves I wanted to showcase but the display had a black backdrop. The gloves would blend into the background if I tried to display them the same way as the other pairs. After much thought, I came up with using the handkerchief as a background then laying the gloves overtop so that they are still visible. I could use each of these as a focal point in the window and have the other pairings float around them.

For the installation, I used smaller, thinner pins so that they would not break the illusion of a hand holding a handkerchief. To fill in the gaps around the display, I added images of Alan Mays’s flirtation card collection. Overall, this display showcases some romance and playfulness in our beloved Hayward Hall. I hope that the window inspires you to reconsider how you view gloves and handkerchiefs today and use them to add a bit of romance and playfulness to your own wardrobe. 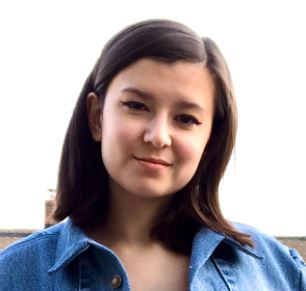