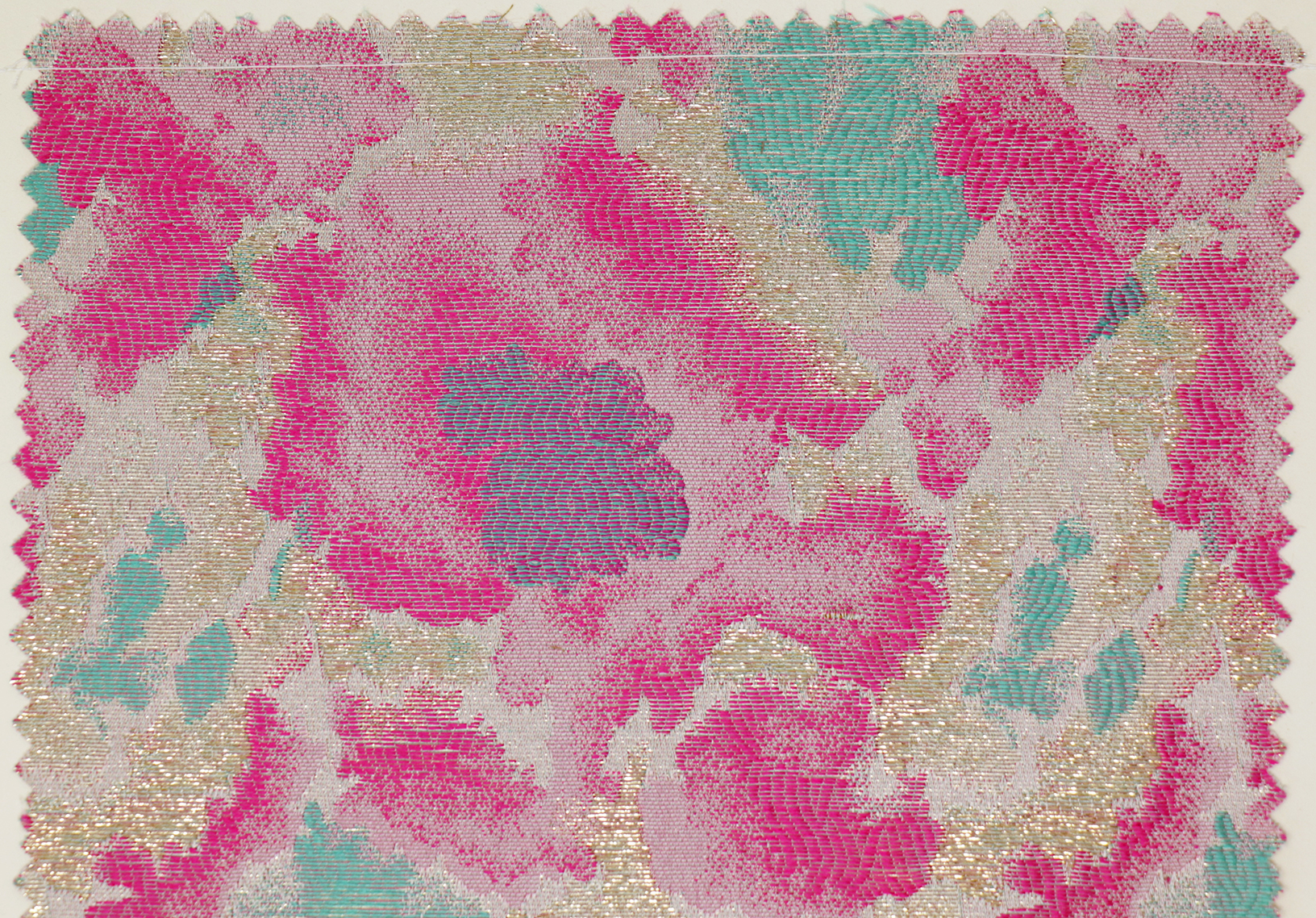 In the realm of fashion and textiles, things that possess a quality or feature that is extremely impressive tend to spark conversation. Creativity and innovation thrive in fashion, which can be translated through design. Presentation is the manner or style in which something is given, offered, or displayed. In textiles, style refers to a distinctive appearance, typically determined by the principles according to which something is designed. A manufacturer that brilliantly utilized these elements and provided a wow factor with their creations is the Onondaga Silk Company. Although they are no longer producing fabrics, their history is one worth discussing.

Silk is a natural protein fiber, some of which can be spun into textiles. The silk protein is primarily composed of fibroin and is produced by the Bombyx mori to form cocoons. Silk is a natural fiber known for its brilliance, resilience, and lastingness, and has a rich history of trade around the world. Silk is synonymous with luxury based on its (historically) immoderate cost of manufacture, soft feel, and elegant appearance. These components shaped the reality of making silk a common textile in high-end and couture fashion design.

Onondaga Silk Company is an American textile company with a rich history in art and textile design. The brand commonly collaborated with contemporary artists and designers, uniting the worlds of art and fashion. For her master thesis, Amy Lund, a graduate of the University of Rhode Island, writes about a collaboration between Onondaga Silk Company, Inc. and the Midtown Galleries of New York City. In the paper, she details the process of the collaboration and speaks to the multiple end-uses of Onondaga silks. “Paintings from selected artists represented by the Midtown Galleries were chosen by the silk company. Industrial designers then adapted the motifs for screen printing on silk and rayon fabrics. Finally, leading contemporary American ready-to-wear designers, including Sophie of Saks, Nettie Rosenstein, and Jo Copeland, created fashionable garments with the fabrics,” writes Lund. It seems as though the possibilities of what the textiles can be used for are endless, in addition to what they’re inspired by.

Sophie Gimbel was an American fashion designer for Salon Moderne of Saks Fifth Avenue. She was a leading designer for nearly 40 years and was asked to take over the Salon Moderne in 1929.  During her time at Saks, Gimbel had a line known as Sophie Original. Another New York City fashion designer making use of Onondaga Silks was Nettie Rosenstein. Nettie Rosenstein was an American fashion designer based in New York City. She was especially notable for her little black dresses and costume jewelry. Both Gimbel and Rosenstein have utilized Onondaga silks in their creative efforts.

Philip A. Vogelman was the president and chairman of Onondaga Silk Company before his passing in 1973. It is unclear if he was the founder of the Onondaga Silk Company or if he was simply a board member. An article published in the New York Times reports his passing and details his mission with artist collaborations, “not to turn the painter into a textile designer, but rather to make intelligent and expert use for fashion of the motifs, coloring and style expressed by his special talents.” The article makes it apparent that there was a direct connection being made between art and fashion. It credits Onondaga Silk Company for introducing the idea of basing fabric prints on works from artists.

Vogelman reflects on collaborating with French Fauvist painter Raoul Dufy. Vogelman is quoted in the New York Times “to catch the spirit of the fine painter’s work on fabric is a real contribution to modern American fashion.” Dufy was encouraged to pursue designing fabrics by French fashion designer Paul Poiret. Poiret is credited as the person who helped launch Dufy’s career as a textile designer. Dufy designed for the House of Onondaga in New York between 1930 and 1933.

Located in Easton, Pennsylvania, Onondaga Mills was the birthplace of the unique fabric swatches housed in the Textile & Costume Collection. At the moment, we house about two hundred silk swatches from Onondaga Mills. In her essay’s introduction, Lund provides clarity relative to the history of Onondaga. Lund writes, “The Onondaga Silk Company was established in 1918.” Although our swatches were obtained from a mill in Easton, Onondaga migrated along both the east and west coasts of the United States. “In April of 1930, it merged with the Old Colony Silk Mills of New Bedford, Massachusetts. At this point, it had mills in Syracuse and Ogdensburg, New York, and Easton, Pennsylvania, as well as offices in Chicago and Los Angeles,” she wrote.

Combining art and fashion is something that resonates deeply with me. I adore how passionate Onondaga was in collaborating with other creatives to produce distinctive textiles. It’s effortless for me to view these swatches as miniature works of art crafted with great detail. The possibilities are endless when art is made functional and appealing. As I encountered the collection of Onondaga swatches, I felt drawn to the complexities of their designs. Each swatch seems to tell a different story and that’s what I admire most.