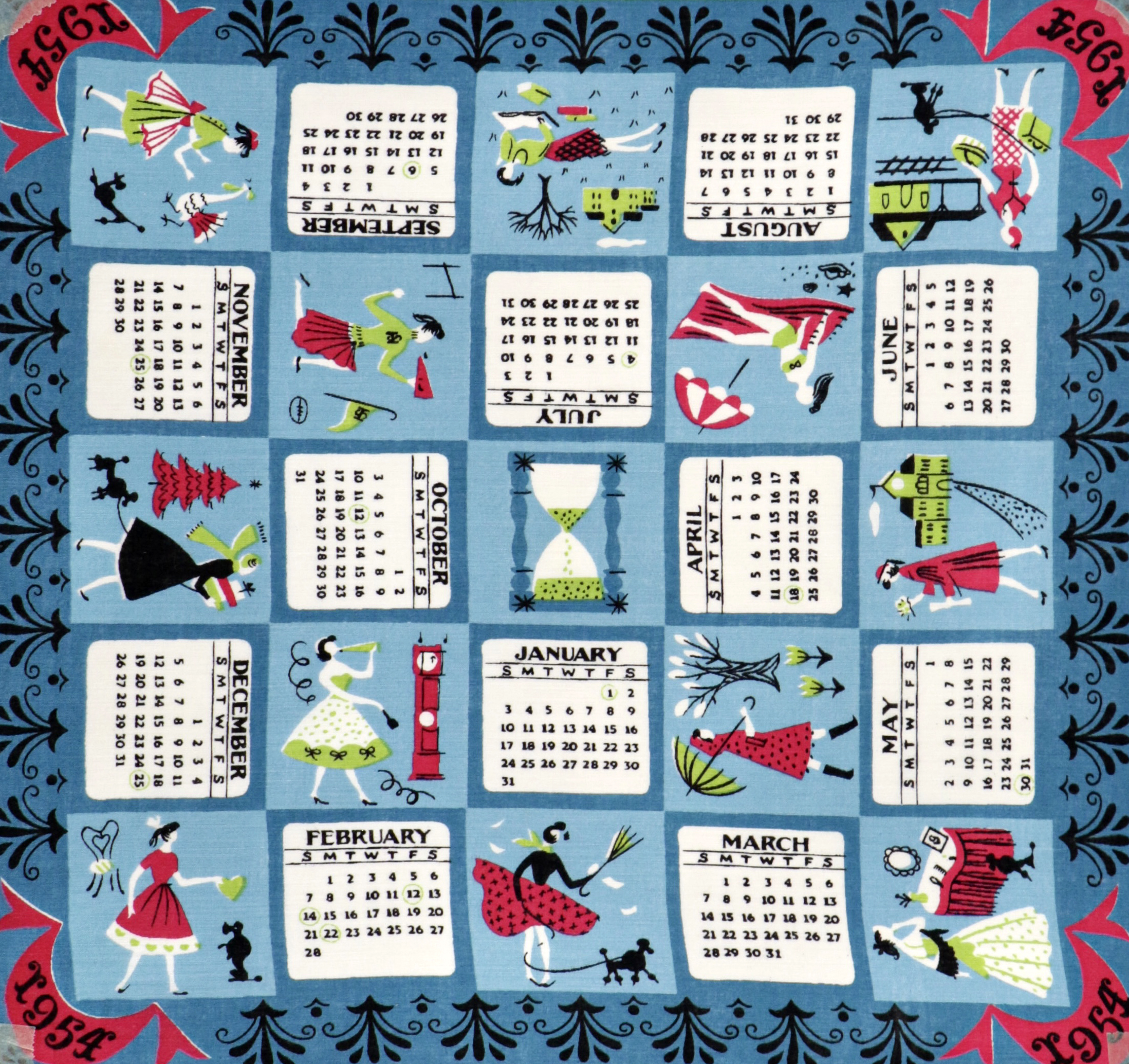 “Anything is possible in textile design, if it is done correctly.” Tammis Keefe

Tammis Keefe, one of the great names of handkerchief and textile design, was born in 1913 in California.

Initially studying higher mathematics at Los Angeles Community College, she decided to change her major to painting at the Chouinard Institute of Art, now part of the California Institute of the Arts in Los Angeles, after visiting Chicago’s Art Institute while on a trip to see the 1933-34 World’s Fair.

After working as an art director of Arts & Architecture magazine during World War II, she was offered a position as a colorist and print designer by Dorothy Wright Liebes at her San Francisco studio before moving to her New York studio in 1948. Through working for Liebes, who is a well known figure in the textile world, “Keefe supplied printed textile designs to Goodall Industries, a major furnishings firm” (MMF) and made her name as a designer with great graphic style, sense of color and creative illustrations.

Sometime in the 40s, a silk scarf that she had designed for a friend as a birthday gift was shown to a Lord and Taylor’s handkerchief buyer who then showed it to the scarf manufacturer Kimball. In the late 1940’s or early 1950s, she began designing for Kimball scarves after her six commissioned designs sold out immediately. From that point in her career until 1960, Keefe created hundreds of handkerchief designs, each one featuring her signature at the corner, a rare thing for textile designers at the time. She also created a second line of handkerchiefs and signed them as Peg Thomas (the name her family called her at home plus her middle name).

“Keefe is largely known for her exclusive deals with high-end department stores such as Lord and Taylor, which sold her signature line. But she skirted exclusivity by also signing handkerchief designs as Peg Thomas, in order to sell other designs through lower-tier retailers.” (Shoot)

Keefe’s travels inspired her to design prints depicting the East, Arabian nights, and European castle themes. She has also created handkerchiefs featuring American cities and attractions. “Many of these hankies were like little travel guides, showing the highlights of a city that were not to be missed.” (“Tammis Keefe, Mid Century Textile Designer”)

Tammis Keefe’s existing art works at the Design Center are finely woven square handkerchiefs with hand rolled hems in excellent condition with her original signature and Kimball tag. The whimsical silkscreened 1950’s prints feature famous cities and historic landmarks, coronations and calendars. The initial designs were executed in watercolor with a color palette of four to five hues. Originally each design came in six colorways.

Click on the handkerchief to view a larger image.

The Calendar handkerchiefs in our collection echo the style and quality of her other artworks in the same series, although they don’t feature Tammis Keefe’s signature. It is also been established that they are Keefe’s designs by www.tammiskeefe.com, a website dedicated to her collections.

“The growth of urban highways, automobiles, and ‘see America’ vacations in the 1950s resulted in a burst of souvenir handkerchiefs… also The HeyDay of Hankies flourished in the ‘50s. Clever commercial artists were given free rein on the ‘small canvas,’ allowed to sign their work, and see it featured at Lord & Taylor, Neiman Marcus and other specialty stores.” (“Handkerchief History | Handkerchief Heroes”)

At the time they were created, these highly collectible pieces sold for 50 cents to 1 dollar and middle class people used them as a decorative element at their homes. Today these charming and fun pieces are available on Etsy and eBay, providing a plethora of choices for collectors to buy.